Know the Body language of a man falling in love

Understanding men is not a child’s play. Have you ever wondered why? The diction that, ”boys don’t cry” is inhibited in their mind from the beginning. Undoing a default mode isn’t a cakewalk. Since men aren’t as comfortable navigating waters, so it’s better to understand them by decoding body language.

Body language doesn’t lie and is the number one way to tell how someone feels about you. It’s hard to tell how a guy feels based on his words. The reasons for this can be many, maybe he’s shy, insecure, or he might be afraid of rejection.

Experts claim that 70% of all communication happens non-verbally. According to a recent study, 55% of the messages we send outcome from the body. This means that only 45% is through words, and not considering tone and volume.

Falling in love is a special thing, a feeling that is so incredible to experience. It fills you up, keeps you awake and gives you butterflies in your stomach. All this boils down to, how do you really know when a man is falling in love with you?

You can be very aware of how you act when you’re falling in love, but it can be hard to figure out if it’s reciprocated. So just before you start floating off into la-la land, let me walk you through the physical gestures of men that will help you figure it out for sure whether he’s into you or not.

Body language signs of a man falling in love
1. He Mirrors You

He emulates your gestures like if you cross your arms, he crosses his. This is called mirroring. Romantically it’s known as a courtship dance. We mirror someone when we want to make them like us, be it for platonic reasons. However, it’s not at all imperative that every time it’ll be done consciously.

Mirroring is a way to create intimacy and get closer to the person we are interested in. It can be done verbally also if you use certain words frequently, then even though such words are not in his vocabulary, he will start using them.

Eyes are capable of revealing a great deal about what a person is feeling or thinking. When you engage in conversation with him, taking note of eye movements is a natural part of the communication process. If he looks directly into your eyes while having a conversation, it indicates that he is interested and paying attention.

You may have heard the phrase “bedroom eyes”, it is used to describe the look someone gives when they are attracted to another person. Highly dilated eyes depict he’s really into you. That’s why it’s rightly said that pupil size is can be a very subtle nonverbal communication signal.

Let’s first address the hotly debated topic i.e. public display of affection or PDA. It’s any form of physical contact between couples in a public setting. It includes holding hands or exchanging light touches. When a guy likes you, he may put his hand on your shoulder, brush your cheek, play with your hair, and so on. It’s not even conscious most of the time, he can’t help it. While he is holding your hand, he has his palm on yours, it becomes quite obvious that he wants to get closer.

How about wandering down a lane with your significant other? It has been scientifically proven that when a guy likes you, he’ll match your pace, whether it’s slow or fast. Men adjust their speed to walk beside who they like and this is yet another sign that he’s into you.

Leaning is something we all instinctually do. If a man is interested in you, he’ll lean even if he can hear what you’re saying perfectly. Closing the gap creates intimacy. Most people are protective of their personal space. However, this boundary changes when they really like someone. Personal distance ranges from 1.5 to 4 feet, it further indicates a closer relationship or greater comfort between individuals. So if he’s already there, guess what? He has fallen

$0.78/minute
Expert in: body language of a man falling in love
Chat Now 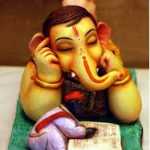 $0.88/minute
Expert in: body language of a man falling in love
Chat Now 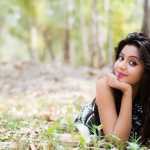 $1.99/minute
Expert in: body language of a man falling in love
Chat Now 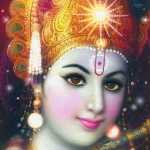 $0.89/minute
Expert in: body language of a man falling in love
Chat Now 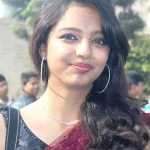 $0.91/minute
Expert in: body language of a man falling in love
Chat Now